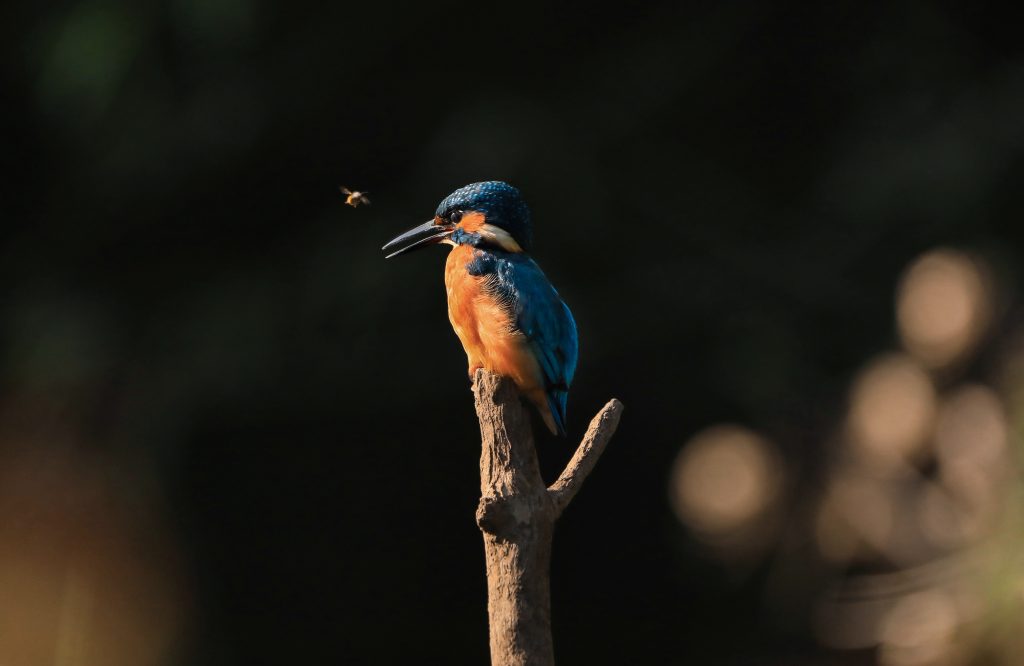 The day I first visited Musselburgh was not one to write home about.

I came to town to see the house I had already agreed to move in to. Most people would organise a viewing before deciding to move in; however, since it was my fiancé’s childhood home, I had simply said YES!

Our move-in date was already confirmed, meaning this visit was just a formality. Upon seeing the amount of work the house still needed as it underwent a considerable renovation, my initial reaction was one of utter petrification that it would not be completed on time. The weather was not particularly favourable either. Drenched in the cold September rain, I had lost my appetite to explore the area, which now seemed grim and gloomy.

By contrast, my second visit to Musselburgh is one worth remembering. I had come to check on the progress of the house and to join a group of birdwatchers for a stroll around the Esk and the lagoons.

The walk started at the river mouth, from where we watched a couple of cormorants sunbathing. It was not long before someone raised the cry: “A kingfisher!” I promptly directed my camera to where everyone was looking, and I saw him: a beautiful, bright blue kingfisher.

After that sighting I knew my life would change.

Moving to Musselburgh ended up being one of the best decisions I have made (maybe just after the decision of moving to Scotland!). Since that day I have been studying this wee bird. Every spare moment is spent at the river watching for our kingfisher. It has become my all-encompassing obsession. Each encounter teaches me something new and I never stop learning.

This one bird inspired me in many ways, such as helping me understand the importance of fieldcraft in wildlife photography, and allowed for some unforgettable captures.

So, without further ado, let me formally introduce Mr Kingfisher…

The kingfisher is an unmistakable bird, with its metallic azure-blue back and bright orange breast. The bird is usually glimpsed, a sudden flash of glistening blue, flitting at the riverbank. If you are lucky (or patient) enough, the bird may comfortably land near you.

Usually, despite its exotic colouration, the bird is difficult to spot; sitting on a branch surrounded by foliage, a kingfisher successfully blends into the landscape. I have spent hours in the field and can still struggle to spot a perching kingfisher. When I locate a bird, I identify the sex by the bird’s beak: the male’s is completely black, whilst the female’s is orange underneath.

Kingfishers are territorial and they will hold their ground against other individuals. Breeding season is the only time when the male and female tolerate each other and share territory.

The choice of feeding ground is extremely important as the bird is dependent on it all year round. Each area covers at least 1km of slow-flowing freshwater or lake, but this may extend anywhere up to 5km. The resident male I have been watching for almost three years exhibits slight migratory behaviour; it travels upstream during the breeding season, whilst it spends the winter months near the river mouth. For its fishing ground, a kingfisher will often choose a shallow pool in the river bend.

They are not titled “king fishers” for nothing and are experts in this field. Before diving, they sit patiently on a perch, bobbing their head back and forth to assess the exact position of a fish. Once it has spotted a fish, it dives headfirst at speeds up to 25mph. The kingfisher enters the water with beak half-open and eyes protected by its third, transparent eyelid. A split second later, the bird emerges, beak first, and flies back to the perch. Here, it twirls the fish so that it may be held by the tail, proceeding to bash it against the perch to kill it and break the spine, making it easier to swallow.

If you have a favourite animal you would like me to feature next month, or are looking for advice on how to spot and photograph a kingfisher, contact me through my website or social media channels. Speak to you next month!