Zan’s Wildlife Diary: An otter in the Esk 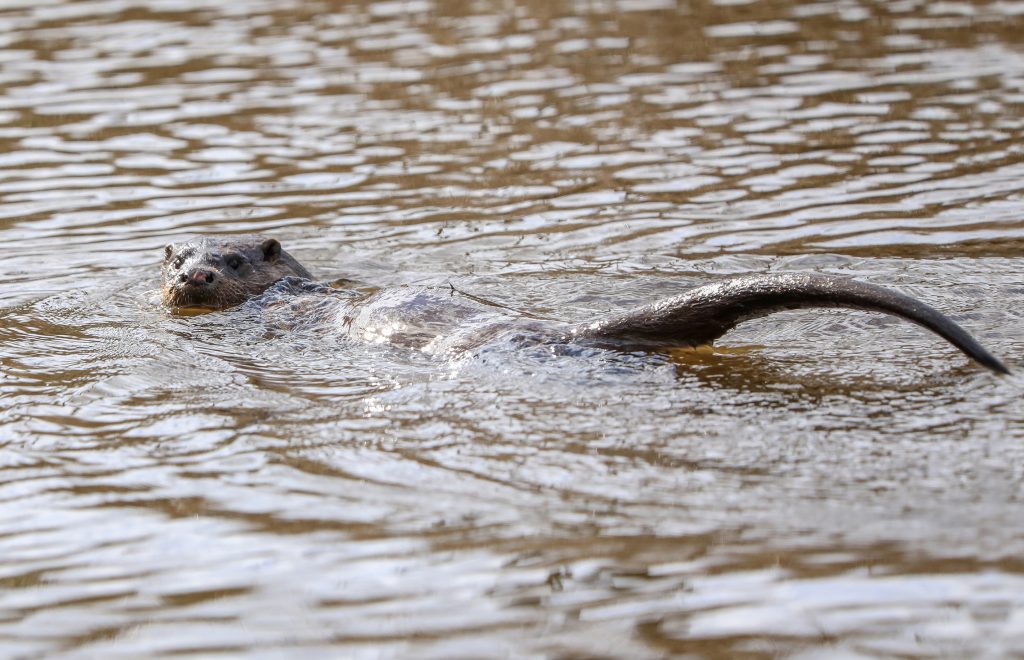 Moving to Musselburgh and discovering the local wildlife inspired me to become a wildlife photographer. Since I came here, I have spent thousands of hours outdoors mastering photography and fieldcraft techniques, as well as trying to capture the best of what East Lothian has to offer.

Although I love varying the subjects of my photographs and learning about new species as I travel across Scotland, my favourite animal remains the kingfisher at the River Esk at Musselburgh.

Very often, when I go on a walk along the river, I chat with other wildlife enthusiasts. This is how I heard about an otter at the Esk for the first time three years ago. A few people mentioned they had seen this elusive creature a few years ago, but never since.

The otter became my new photography challenge. I tried visiting the river at different times of the day, especially at dawn and dusk, when otters are more active, always trying to keep the noise down to a minimum. After two years of searching, my hope was gone and I almost gave up. Until one sunny day in April during lockdown…

The weather that day was enjoyable, so Chris and I decided to go on a walk. The local path was very busy; the dog walkers, cyclists, families with children, and joggers were enjoying the sun whilst social distancing. As always, I kept my eyes low on the water hoping to see the kingfisher.

As we followed the river upstream to the area at The Grove, I spotted something moving in the water. I grabbed Chris’ hand and I pulled him down on the ground right behind a bush. It was not a kingfisher but something I did not expect to see in the middle of the day… an otter fishing!

We managed to crawl down the slope and lie down so we would not disturb it. Whilst I was photographing the otter, I also heard a cheery pee-pee-pee and saw the kingfisher flying past the otter. What a day!

Since then I have seen the otter a couple more times.

The Eurasian otter is a secretive, semi-aquatic species with chocolate brown fur, webbed feet, and a powerful tail. Their thick coats are built of two layers of fur: an inner layer that works as insulation, and the outer, waterproof layer. The two-layered system prevents their skin from direct contact with water and subsequent temperature loss. Their nostrils and ears stay closed as otters swim underwater.

Despite being excellent swimmers, they cannot hold their breath underwater for long periods; the average time underwater is about 30 seconds as they dive.

Otters are solitary, territorial animals, that live in underground holes called ‘holts’. The size of their territory varies and depends on the quality of the habitat, amount of food and number of possible holts. It is also known that a male otter has a larger territory that can even overlap several female otters’ territories. Otters usually have a well-defined area within their grounds in which they feed, rest and breed.

Seeing signs of otters is generally easier than seeing the animals themselves. If you happen to find yourself at the riverbank or a sea loch, look for five-toed footprints and otter droppings (called ‘spraints’), that are left in places such as fallen trees, rocks and weirs.

Spraints are easily identifiable as they contain visible fish bones and have a characteristic and not particularly unpleasant smell that has been described as ranging from fish to freshly brewed jasmine tea! The otter that you may see at the coast is very often called a ‘sea otter’; however, this is the same species as the animals that live further inland.

If you would like to share how you get on finding the otters or if you have any rare kind of wildlife in your area, I would love to hear from you.